My journey in sugar reduction got serious after I watched The Bitter Truth, a seminar by Dr Robert Lustig (see my summary here). Most of my motivation has come from him, however I have also recently read "Sweet Poison. Why Sugar Makes us Fat" by David Gillespie, and I have found his research to be extremely influential. If you are either interested or yet to be convinced regarding our need for sugar reduction, I highly recommend you have a read. I picked it up at my local library, but have since bought a copy. In the meantime, here's a brief summary for you.

When David Gillespie's wife announced that they were to have twins - and they already had four children - he realised it was time for drastic action. He was seriously overweight, lethargic, not sleeping properly and had given up on dieting. He did an extraordinary amount of research and discovered some seriously scary stuff about sugar, specifically fructose. By cutting fructose out of his diet he not only lost 40kg but also stopped feeding his body with poison.

Here's a very simple summary of what he has to say:

Sugar, our bodies and insulin

Insulin converts the glucose (ie. pretty much all the food we have eaten) in to energy - fuel for the body to run on. It also helps to send the message to our brain that we have eaten all we need. (p19)

There are only three important simple sugars: glucose, fructose and galactose.
Any other sugar you may know of (eg, lactose, maltose, sucrose) is made up of a combination of some or all of these three. (p11)

Sucrose - what we know as ordinary old table sugar - is 50% glucose and 50% fructose. Obviously this applies to all sucrose, whether it is highly processed or not.

Our bodies are designed to eat fat (yes, even saturated fat) and not become fat. Our bodies have been beautifully designed to convert food in to energy, to make use of the energy, and to tell us when we have eaten enough. (Chp 2)

However:
"Fructose bypasses the control mechanisms we have evolved to stop us eating too much of it." (p61)

There is a fructose loophole in our appetite control system:
"Every piece of food we consume stimulates the release of one or more of the "enough to eat" hormones once we have had enough to eat. There is one substance that does not. That substance is fructose. Fructose skips the fat control mechanism in the liver and is directly converted in to fatty acids (and then body fat) without passing through either of the major appetite control gateways (eg insulin). Fructose is also invisible to our built in calorie counter. We can eat as much fructose as we can shove down our throats and never feel full for long." (p78)
This loophole opens up only after we have consumed the amount of fructose found in approximately 2 pieces of fruit. Our bodies can handle the amount of fructose found in a couple of pieces of fruit per day.

"Fructose jumps a critical step in our metabolism that would ordinarily stop our arteries filling up with circulating fat. Eating fat still puts fat in our arteries, but we have a built in control to stop us eating too much fat. No such control exists for fructose." (p79)

A glass of milk contains 8g of fat and no fructose. A glass of apple juice contains- very proudly - no fat, and 16g fructose. This fructose is converted to about 7g of circulating fatty acid (about the same amount of fat as in the milk). However, when drinking the apple juice no appetite control mechanism kicks in. In order to feel as full as when drinking the glass of milk, we would need to drink 5 times as much apple juice as milk. If we were to do that, another 35g of circulating fatty acids would be created. (pg 141-142)

"The average can of soft drink contains about 150 calories. In other words, it contains enough energy to light a room for three hours, or run a human for 90 minutes." (p137). Yes that's right, an hour and half of jogging to burn off all the calories from an average can of soft drink. Exercise is good for us, but it's not answer. We can't just decide we're going to burn off all that fructose. We're not, as a general population, getting fat because we're lazy and don't do enough exercise. We're fat because we're eating the wrong things.

Sweet tasting sugarcane grasses were discovered in Papua New Guinea about 9000 years ago and grew in fame and popularity. They made their way to India and about 7000 years ago it was discovered how to crush the grasses to produce a sap. By the year 300 they learnt that if they dried the sap they were left with a crystal that could be added to any food to make it sweet. It wasn't until the 1200s that this sweet "spice" was available in England, but only for those few who could afford it.

As the British Empire grew to include tropical lands where sugarcane was grown, and the Prussians discovered sugarbeet, refined sugar eventually became widely available. "Everybody really liked the sweet stuff. Demand for sugar grew more quickly than even the exponential growth in world population." (pg 88).

By just 1909 US sugar consumption was up to 40kg of sugar per person per year, and it steadied at 50kg through the middle of the century. But then we added soft drinks/soda and fruit juice in to the mix, and by the end the century the average American was eating 33kg of FRUCTOSE per year in the form of sugar, high fructose corn syrup and fruit juice. Australian statistics - perhaps a little closer to NZ - show that Aussies were eating 22.5kg of fructose per year by 1999.

"The research had revealed to me a lot more than why I was fat. A lot of those rat experiments were telling me that being fat was the least of my worries. Sure fructose was making me fat, but the rats were suffering far worse fates than being giggled at by the other rats at the gym. They were dying of truly horrible diseases. Diseases that sounded like those that I had been reading about more and more in the newspaper. Things like heart disease, diabetes, stroke, liver cancer, pancreatic cancer and breast cancer. " (p95)

Gillespie explains testing on rats carried out by Dr Sheldon Reiser from 1975 to 1990: "Study after study that concluded without a shadow of a doubt that it was the fructose half of sugar that was doing all manner of damage in his furry subjects. On the high fructose diet, the rats developed severe problems with vital organs. Liver, heart and testes exhibited extreme swelling, while the pancreas atrophied, invariable leading to the death of the rats." (p57)

At one point Reiser conducted a study on humans, looking at fructose and a low copper diet. The study had to be terminated when four of the twelve the men being fed the high fructose diet developed cardiac problems, including a tripling of the heart rate and mild heart attacks. (p58)

Funny that those of us who like to know about these things are vaguely aware that artificial sweeteners are bad for you (probably found during testing on rats ) but none of us know about studies such as Dr Reiser's.

As Gillespie says, "A range of interesting rat tests have revealed some some intriguing facts about the way we ingest fructose (yes, everyone was still too scared to test fructose on humans - except at the local juice bar)" (p64)

And one more quote regarding rat tests to finish:

"A lot of the people conducting experiments on rats were being criticised for giving the animals unrealistically high doses of fructose. 'Of course the rat would die. Look how much fructose you gave it.' they would cry. 'No person actually eats that much fructose.' These figures tell a different story. Every man, woman and child in the United States (and Australia) is eating that much fructose and more. The USDA rats were actually on lower fructose diets than most of the people feeding them." (pg 93)
Posted by Angela at 14:13 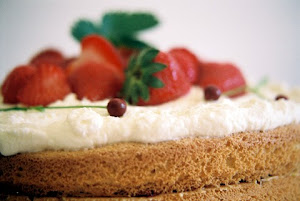